July and August are the two months of the year that most self-catering properties are full. It’s when the majority of people in UK and Ireland go on holiday, which means it is when demand is at its highest. It is also when you (the owner) make the money you need to see you through the shoulder season. Because these months coincide with when children are on their summer break, it’s a scorching hot topic right now. 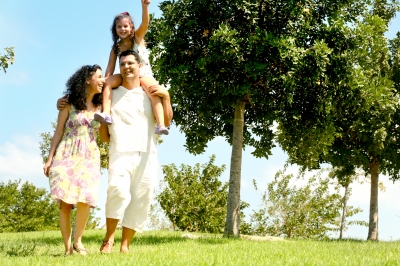 There was a parliamentary debate this week in the UK prompted by the submission of an e-petition (signed by almost 170,000 people). The e-petition called for the government to stop companies “cashing in” on school holidays and wanted them to cap percentage increases on holiday prices. Some parents felt forced to pay a premium price to enjoy quality family time because they do not have the option to do so outside of peak times (i.e. during term time).

The MPs didn’t back a price regulation, neither did the government. Instead the debate resulted in a change to the Deregulation Bill (currently going through Parliament and due to be implemented in September 2015). It means that school term dates across the UK can be staggered and has prompted much discussion. Education Secretary Michael Gove even suggested that holiday firms were trying to fleece parents by ramping up travel prices when schools are out (source: ITV news).

Our own records show that in 2014 SuperControl customers charge an average of 50% more for a 7 night break in July and August 2014 than they do for a 7 night break during the rest of the year. The pricing reflects demand, which is basic economics. It is how a business survives the quiet times, and to flip the argument on it’s head it is this that enables prices to be lowered or discounted outside of the peak months when there is less demand (as opposed to them being hiked-up at peak times).

What impact do school term dates have? 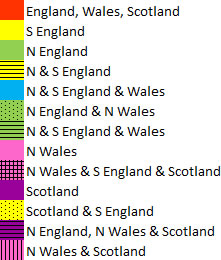 Assuming that the majority of guests take holidays outside of the county they live in, if school holidays are the main and only driver of demand then most of October, December and April would also be as busy as July and August. But they’re not. Other factors to consider are that July and August are the months that promise the best weather and long daylight hours. It is when many festivals, carnivals, and regattas take place, when the two-week ‘factory shut-down’ happens, and it has become the traditional time to take a summer break. This is the preferred time to take the main holiday for many types of visitors, not just the family market.

The good news is that flexible term dates should have a positive impact on short-breaks during what is now the shoulder season. We have seen a decline in the number of bookings of groups that include school age children for short breaks which include a Friday and / or a Monday during term time. Between September 2011 – June 2012 there were 2,018 bookings including children for 3 night weekend breaks. For that period in 2012 – 2013 for the same properties there was a drop of 4%. Whether or not the peak season changes significantly, perhaps we would see the short-breaks situation improve.

For families, the desired outcome of staggering term dates across the UK is to increase demand during what is now the shoulder-season, to lower the costs all year round. Time will tell if that happens. In being even more flexible and providing incentives to attract the family market all year round, what is likely is that our industry could be a key influencer in tourism take up outside of the traditional peak season, i.e opening hours of family attractions and activity centres. If there is more even demand because families are able to take their main holiday more flexibly the theory is that prices will become fairer throughout the year. Ultimately self-caterers need to achieve their required profit, and it’s good for everybody if this can be achieved more evenly throughout the year.

Ready to start using SuperControl?
We use cookies to ensure that we give you the best experience on our website. If you continue to use this site we will assume that you are happy with it.OkPrivacy policy